Here's Pulling Together a Christmas Decorating Theme - :Part One, if you missed it.

Once I had all of the elements pulled together, I realized that I wanted another fuzzy ball garland.  I went back to Target and they were sold out...went to another Target, same story. The shelf was empty.  So, thank goodness for the Internet and Target.com!  I had it in my hands within two days, and they had a sale going, plus free shipping, so those were some unexpected surprises! 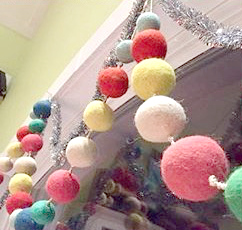 I started with the dinner table, which we finally brought back inside.  Hubby is much happier, except that now it's hard to actually eat at the table because his wife is playing around with place settings, decorations, etc.  Nothing can be touched while I'm playing and taking pics--I know the family needs to eat--they just have to find another spot until I'm finished, then they can have the table back.

The first "look" was a little more formal than I usually like.  You see, I've never actually liked the look of a formal table with a tablecloth, but I decided to purchase a red one anyway, because, well, I felt like I needed it for Christmas. Keep in mind that you could use a tablecloth in any color that's in the established palette of colors...remember the fuzzy balls? Lots of colors there.  I was trying to use one of the colors from that palette that would best make the red transfer ware shine.  I was thinking the red would do it, but once I got it all set, I didn't like it....at all.  I did take pics though so that I could share with you that it doesn't always work.

So, what exactly is it that I didn't like?  The red tablecloth just felt too heavy...I'm thinking I would like a white tablecloth, maybe topped with a strip of burlap to add that dichotomy that I love so much-a little rustic-ness opposing the fancy.  I also don't care for the tan napkin that I used.  I did try to add a little bit of whimsy to the overall look, but the little angels are sort of getting lost and the fun factor doesn't really show up much at all. 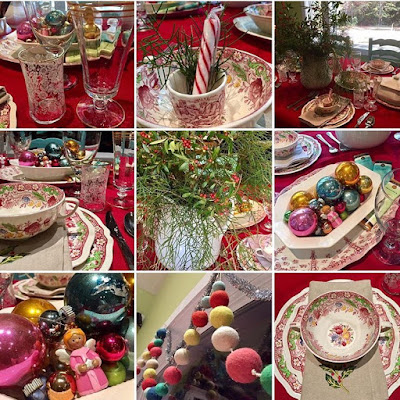 So, as sometimes happens when you're pulling together a theme, you pull it all apart and start over. 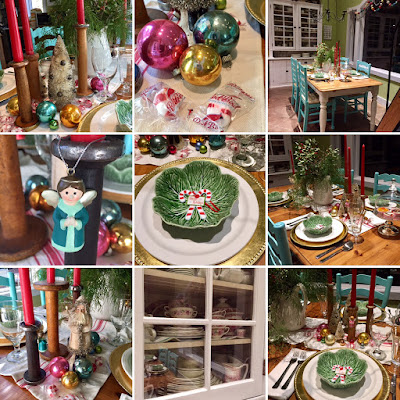 I started with just a simple table runner as opposed to a tablecloth.  This one was made to look like an old grain sack, but it's a new piece from Target.  I kept the large ironstone pitcher filled with greenery, and just started adding things again.  This time around, I'm using plain white plates with the green bowls.  it's much more casual, but still has a few fancy touches--I kept the gold rimmed glasses at each place setting.  Bringing in the rustic vintage textile mill spools to use as candle holders knocked the fancy feeling down a bit, too.  This time, I played up the red with the candles, but then I hung the cute little angels around the candles so that they wouldn't get lost on the table surface. 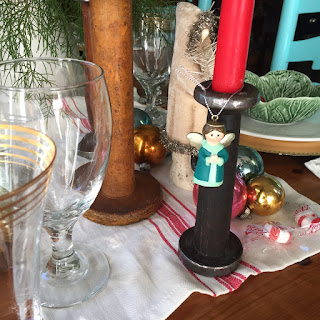 I added vintage glass ornaments in colors from my established color scheme at random places around the center of the table, and for a little unexpected fun, I dropped some peppermint candies into the mix. 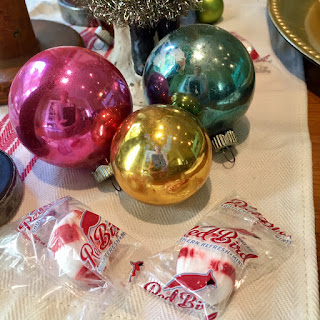 I decided it was going a little too much towards the rustic side, so for a little more shine, I pulled out some gold chargers to set under the white plates.  They look nice against the wood tone of the table. 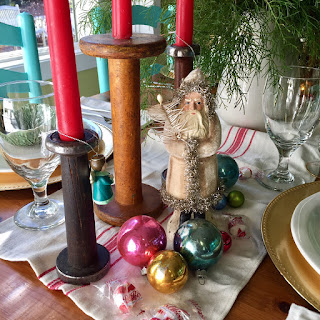 Being happy with this look, I decided to carry it to other places in the kitchen by setting up the top of the chest with the glass drying rack and a wooden drawer, which was once a vintage glove box.  I placed the clock on top of the drawer and filled the open drawer with more peppermint candies and napkins that match the entire scheme.  I placed matching glasses on the rack so that they are within easy reach. 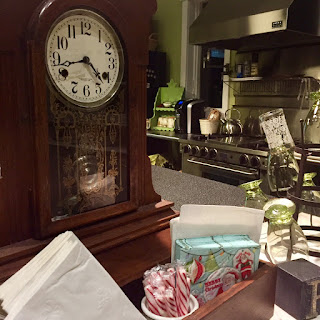 The gorgeous red transfer ware that I love so much is in the cabinet.  Still looks pretty there, but I'll have to play with some more settings to get it so that I like the way it looks on the table for an actual meal.  I'm sure you will see it again! 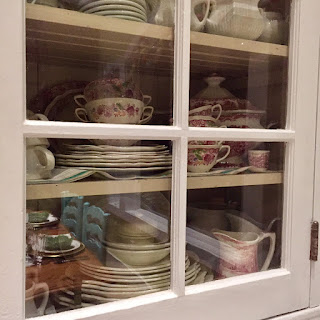 I also switched out the candelier with crystals with one that is more simple.  I now need to find some candles to use there... When I use candles up there, I will probably not use the tall red ones on the table.  I'll replace them with some small white votives at that point. 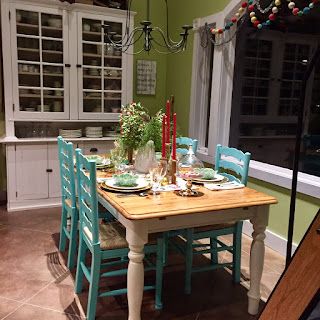 Yes, this is much more me....but, I'll still be playing around more. 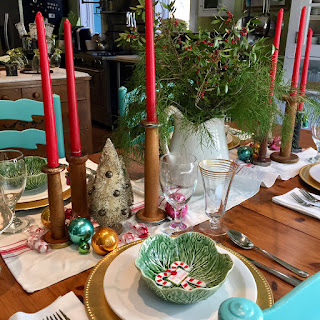 I hope I've helped you just a little to understand the way we pull a look together...it's so much like just getting dressed and pulling the accessories out to go with the outfit.  Same process.  Sometimes you put on a pair of jeans, then the top, and something just doesn't look right, even though you thought it would...you simply change tops!  Same thing with dinner table decor, or home decor.  It doesn't always look like you thought it would, so you just shuffle things around until they are pleasing to the eye.  Starting point is always the same though...you find that "idea" piece, or focal piece, and start from there...determine your color scheme from that piece, and just pull together a mix of old and new bits and pieces--then play!  Have fun! 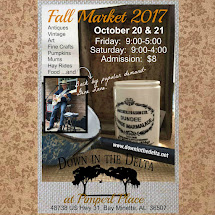 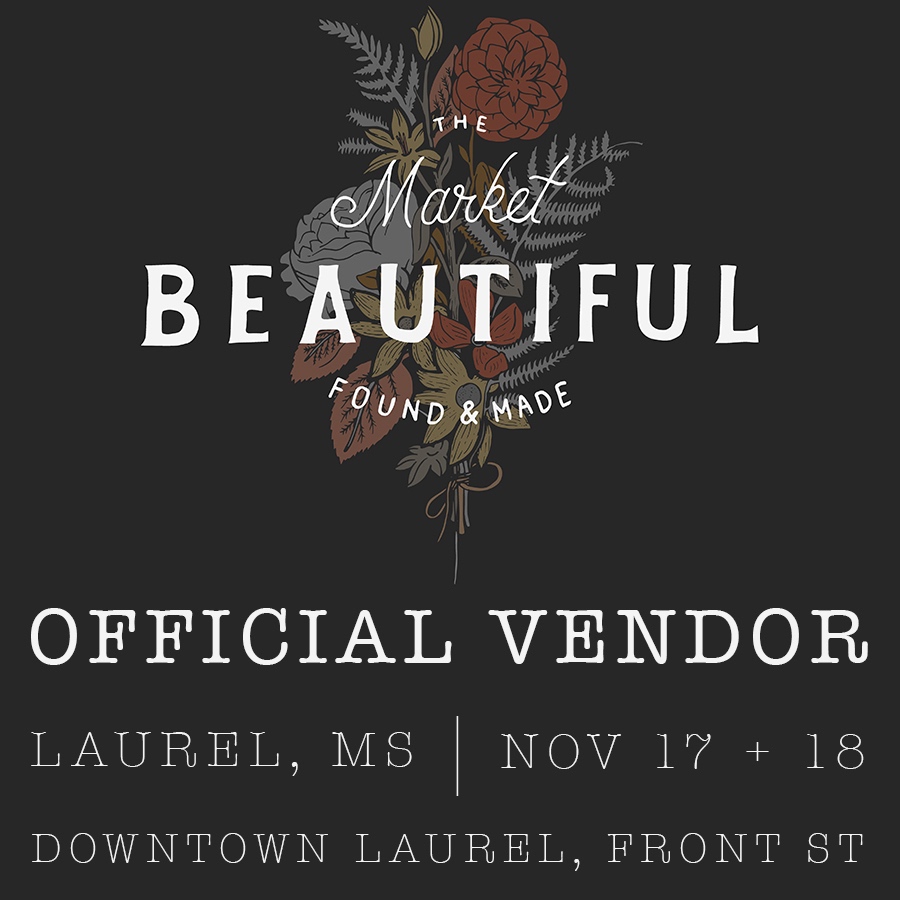